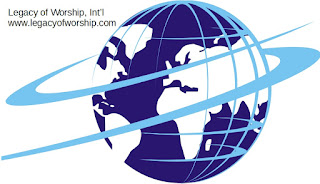 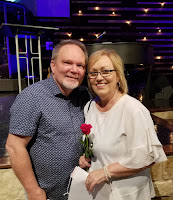 LEGACY, as the name of our ministry, had its humble beginning in early 2004. Bill and Lynda had just resigned as senior pastors of Living Word Church in Irving, Texas, USA. It was a very rough transition from being a pastor to throwing ourselves into full-time missions work, but the call was abundantly clear. Bill and Lynda have been involved in missions from 1978 to the present. By the way, we are still pastors - we pastor the pastors!
While at LWC, Bill and Lynda had the honor of providing ongoing care and prayer for Earl Kellum, a missionary to Latin America for more than 50 years. As the news got out that Bill was Earl's pastor, opportunities to travel to Spanish-speaking nations began to open up. It was an unexpected but most welcomed surprise! This remains an open door to this day, even though Bro. Kellum has gone on to heaven. We celebrate his life and legacy!
Bill and Lynda have conducted conferences, seminars and revival meetings in Mexico, Costa Rica, and Nicaragua since 2000, because of Earl Kellum.
It was at the Costa Rican conference that Bill met Gonzalo and Olivia Vega, senior pastors of Centro Cristiano Calacoaya in North Mexico City. Though the years, Bill and Lynda have been regular guest ministers and conference speakers at CCC. LEGACY has many great friends in this church, including Harim and Claudia Nabi! One of our greatest joys is to watch their children grow up because of the long-term relationship! We are blessed!
Javier and Lucia Flores, another missionary couple based out of LWC, were also in Mexico. Brother Bill visited them the first time in 1999. This relationship was ongoing until 2007, when Javier went to heaven with trips once or twice each year.
Perhaps you are beginning to see how important RELATIONSHIP and PEOPLE are to LEGACY. More simply stated, ministry does not happen without RELATIONSHIP. Bill and Lynda have yet to make big money, but they are among the most wealthy in the world when it comes to RELATIONSHIP. Thank you for being our family!
There are two pictures below: the 1st is of Earl Kellum (the first in the front row- left to right); the 2nd is of Javier Flores.
The journey continues next week, when LEGACY introduces to you our relationship in Brazil! Thank you for taking a moment to read this blog and mentioning our name as you pray! We will do the same. God bless you! 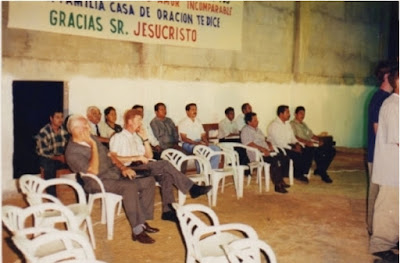 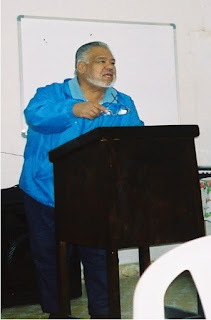